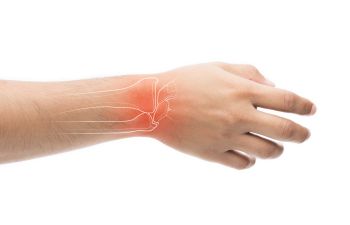 Carpal Tunnel, or Carpal Tunnel Syndrome, as it is more formerly known, is a well-known malady that affects about 5% of the adult population, most commonly between ages 40 and 60. In over half the cases, both hands are affected; when only one hand suffers more, it is typically the dominant hand. Carpal Tunnel is somewhat familiar to the public at large, but how do you know if you have Carpal Tunnel?

What is the Carpal Tunnel?

This condition is named for the part of the anatomy that presents problems. The Carpal Tunnel is formed by the carpal bones and transverse carpal ligament, and forms an actual channel in the wrist through which the median nerve passes. This nerve provides feeling in the thumb and index, middle and ring fingers and controls the muscles around the base of the thumb.

People who perform repetitive actions with one or both hands, requiring the same positioning or movements, are at a high risk of developing Carpal Tunnel Syndrome. This can include writers, typists, those working on a computer and commercial painters.

What Other Maladies Cause Similar Symptoms?

While many may assume they have Carpal Tunnel when the above symptoms develop, it is always best to undergo an examination by a neurologist to obtain an accurate diagnosis. Some other conditions produce the same or similar symptoms, but require vastly different treatment.

Rheumatoid arthritis and cervical radiculopathy are two common conditions that mimic the above symptoms; however, in both of these problems, the pain is distributed differently and the cause is not rooted in the carpal tunnel part of the anatomy. Only an experienced neurologist can accurately diagnose carpal tunnel or these other conditions.

Contact Battle Born Brain & Spine in Reno, NV today for a consultation with Dr. Rajamand if you suspect you may be developing Carpal Tunnel Syndrome.

Posted on behalf of Battle Born Brain and Spine